So we had a pretty rough start to Rome. But we got through our first day and pushed through our travel fatigue, dragging ourselves out of bed at 6am the next day.

To join in this queue… on a cold wet day… zzzz… 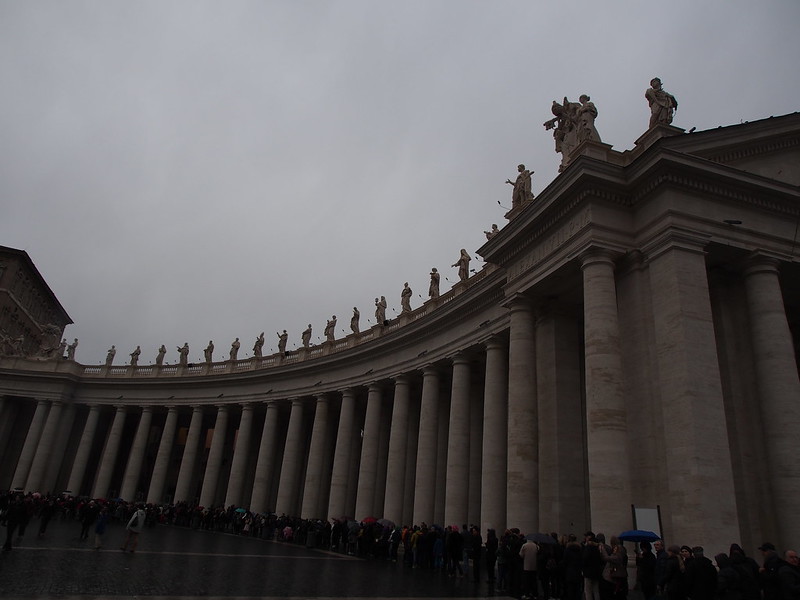 I’ve no idea when these people starting queuing!

Yes, it was a day trip to the Vatican City (which is really, as I see it, just an extension of Rome!). 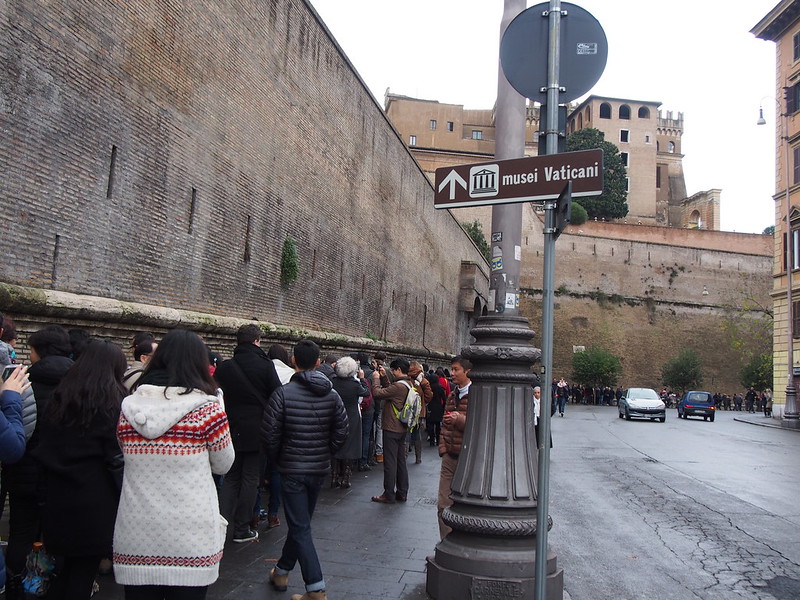 The queue to get into the Vatican Museum 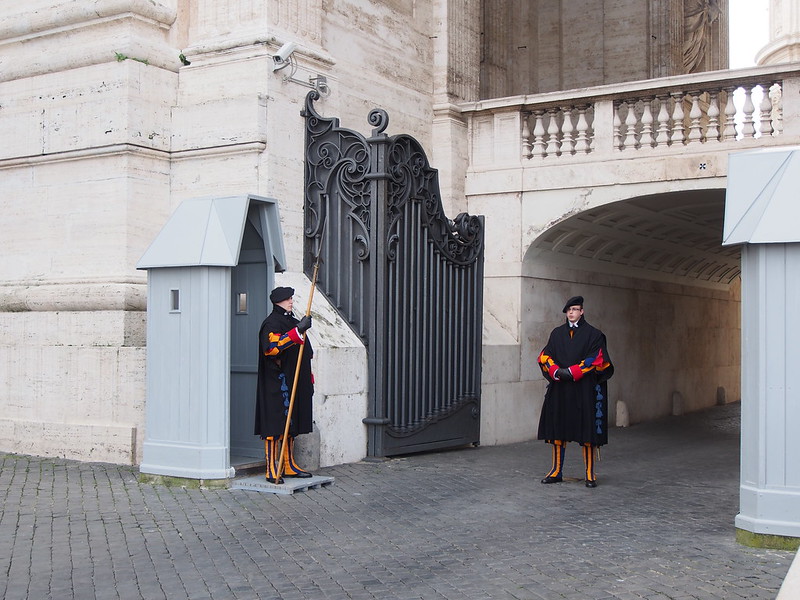 Spotted the Swiss Guards while queuing

We knew that it was going to be a long drawn-out day heading to this country but I was personally stoked; I have been looking forward to this pitstop since we planned this trip. 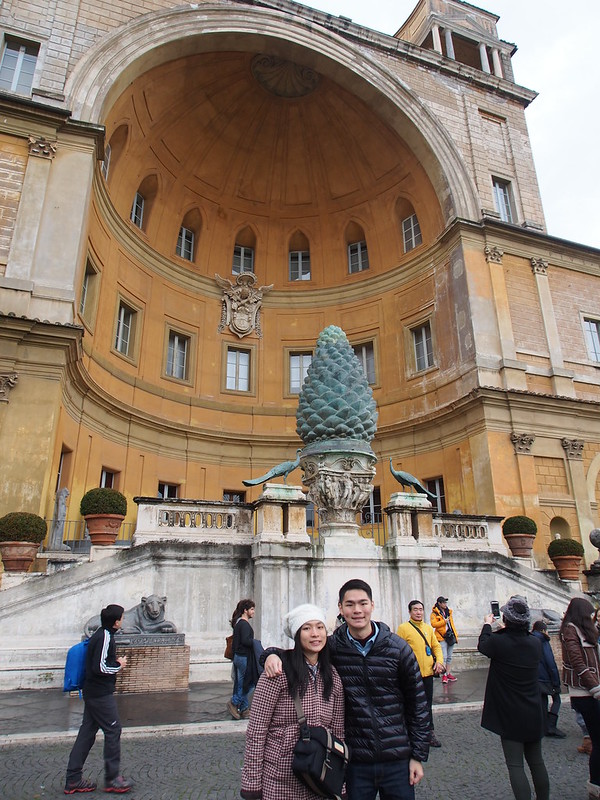 After queuing for 2hrs, we finally made it in!

It wasn’t so much of the religious significance of the place (as I’m a Protestant Christian). But believe it or not, I’ve been reading on Italian Renaissance Art since I was a child.

Nono, I’m not some arty-farty prodigal kid; that book just happened to be lying in my toybox and I picked it up to read. 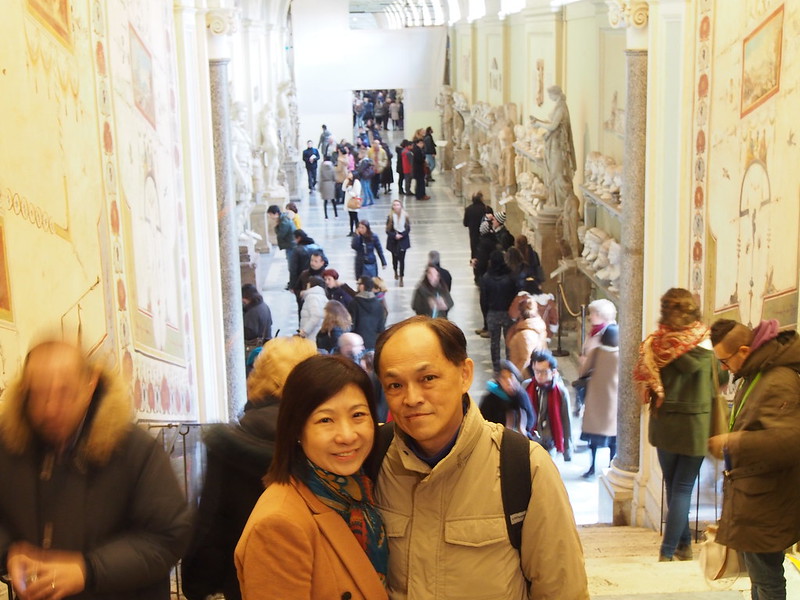 Lots of artwork inside the Vatican Museum… 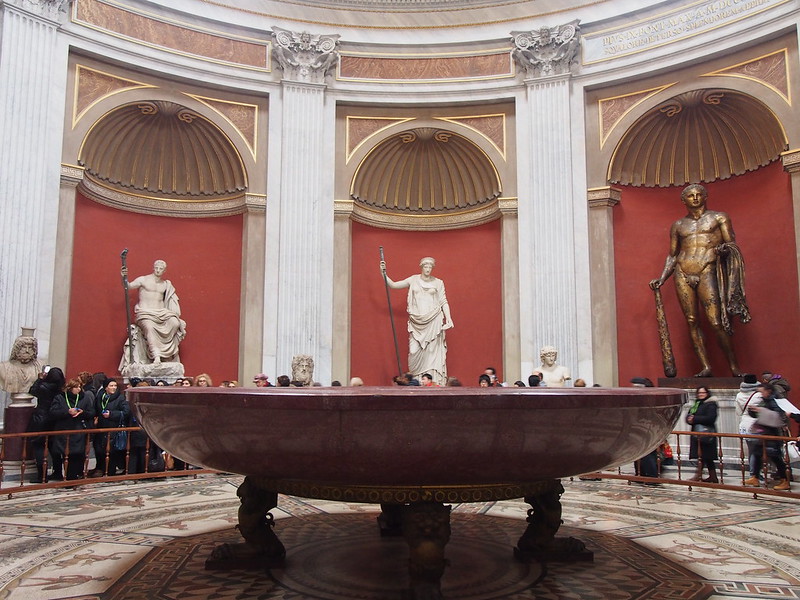 …lots of people too 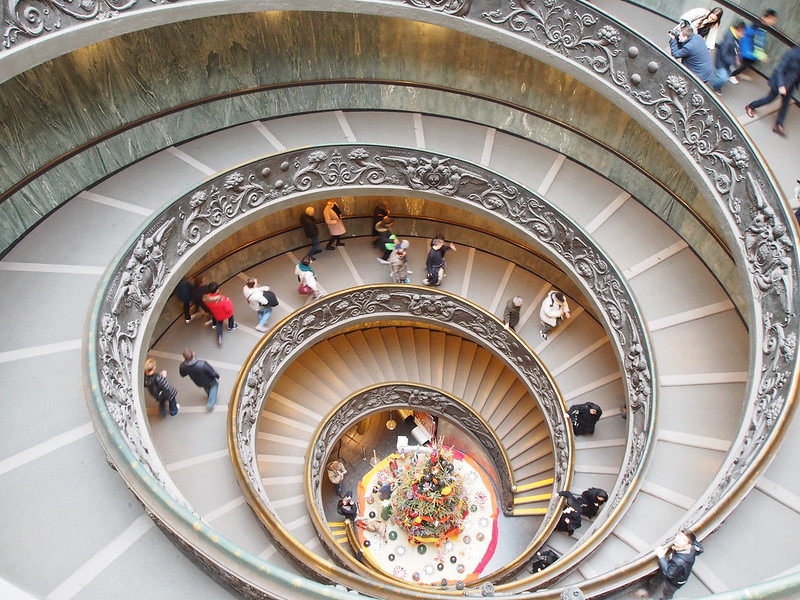 Round and round we go…

That book was entitled ‘Great Artists’ (haha can’t believe I can still source it online!). And as a child, I was fascinated by the lives and artwork of Leonardo Da Vinci, Michelangelo and Raphael chronicled in this children’s book.

And little did I know that 20+ years later, I would see these artworks in the flesh in Italy (some of them I saw in the Uffizi Gallery, like the first angel that Leonardo painted and Raphael’s self-portrait). 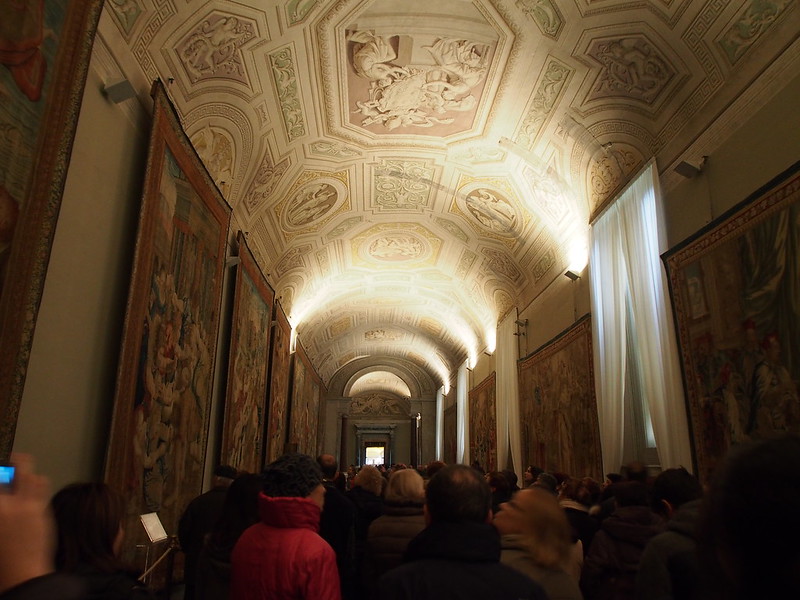 A reallyyyy long walk to see the Sistine Chapel

Of course the highlight was the Sistine Chapel ceiling, painted by Michelangelo. I read about it in books and watched documentaries on it but still, nothing could beat the actual sight of it.

There were elements on the ceiling that I didn’t find biblically accurate (as according to the Bible I read) and I cannot say that it is a true representation of the Bible. So I just took it in as a magnificent artwork; the artistry of it was exquisite and I cannot imagine how much work went into it.

Unfortunately, we weren’t allowed to take pictures of the ceiling but I might have sneaked in a shot for memories’ keepsake. (I posted it on my Instagram). 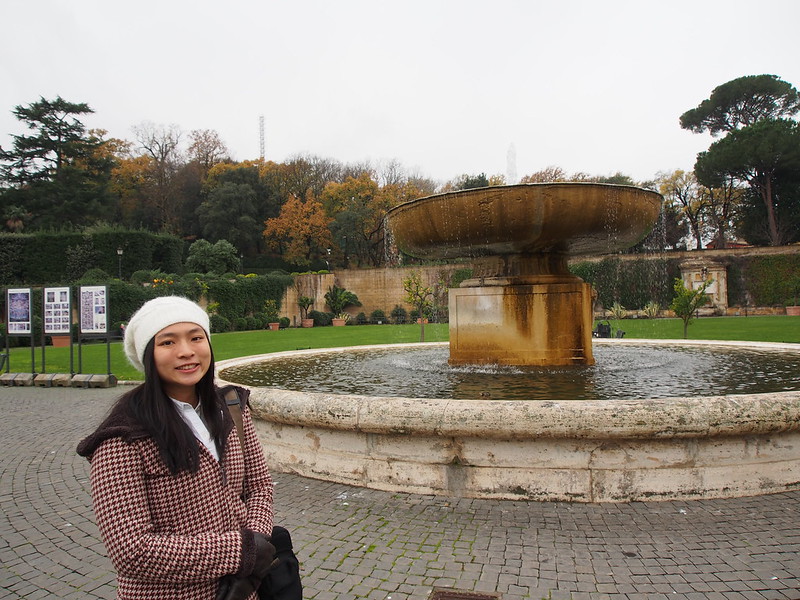 Taking a break in the gardens outside the musuem

It was quite a tiring affair walking in all the way to view the Sistine Chapel. But there was more to see in Vatican City!

So we did a quick lunch and pressed on. 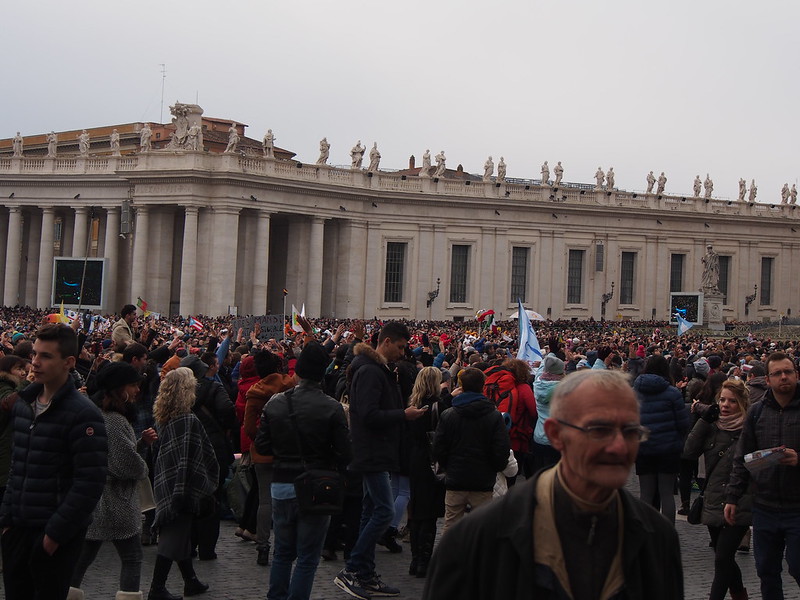 The crowd gathering to hear the Pope give an address.. Couldn’t really see him or understand what he was saying but pretty sure he mentioned the word ‘Singapore’ hurhur 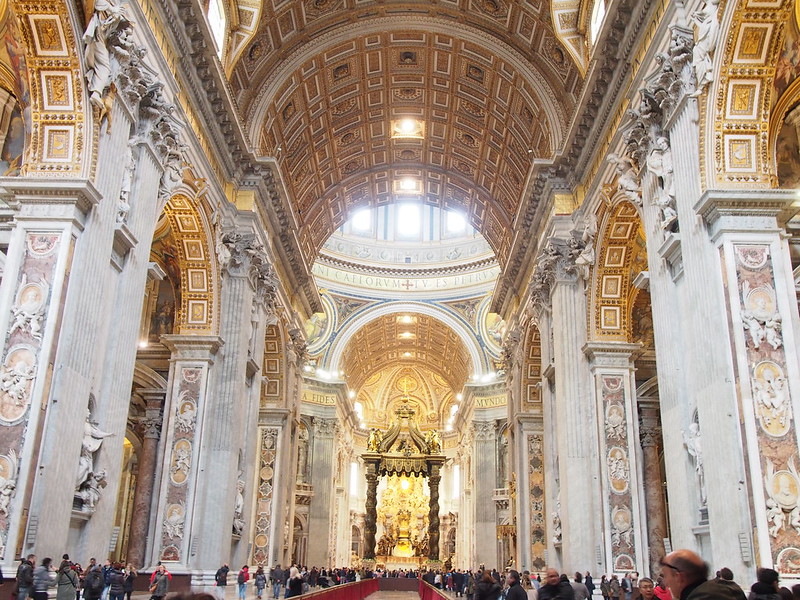 The inside of St. Peter’s Basilica… Yes, it was another long queue to get in. 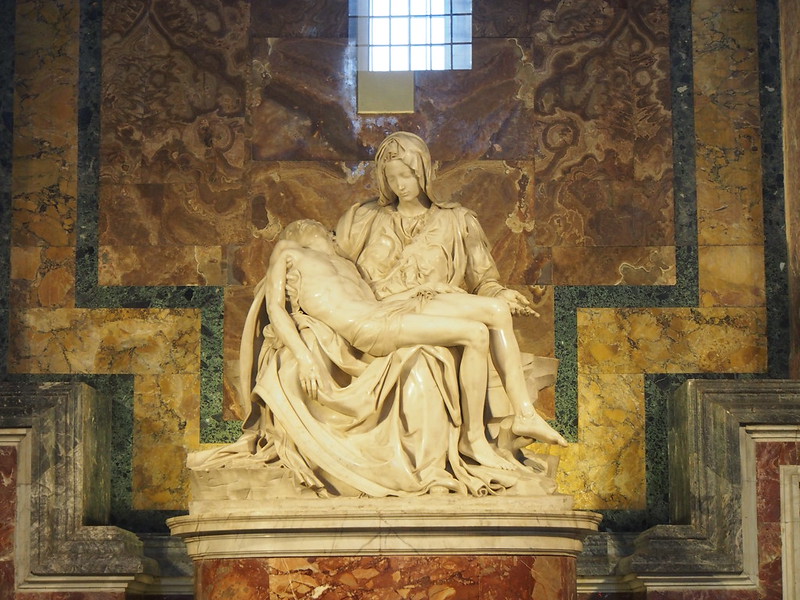 Finally got to see the Pieta, another famous sculpture by Michelangelo

And you would think that after viewing all these artwork, it would be the end of our day at the Vatican City. But noooo… 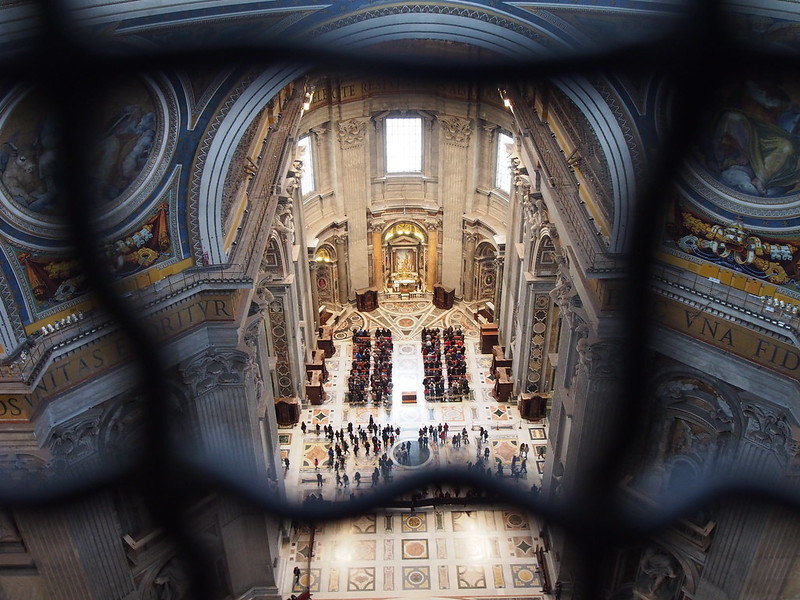 Yes, call us crazy but we decided to climb some stairs! This is the view from the top of St. Peter’s Basilica 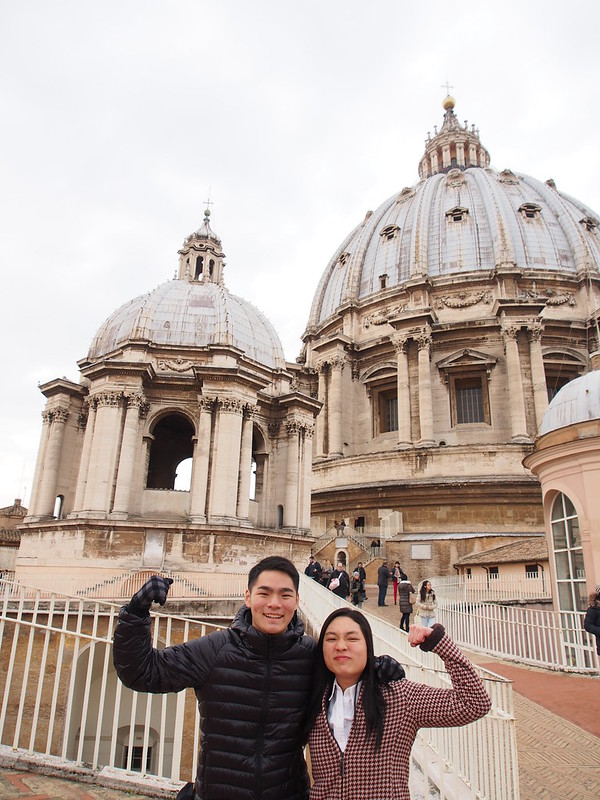 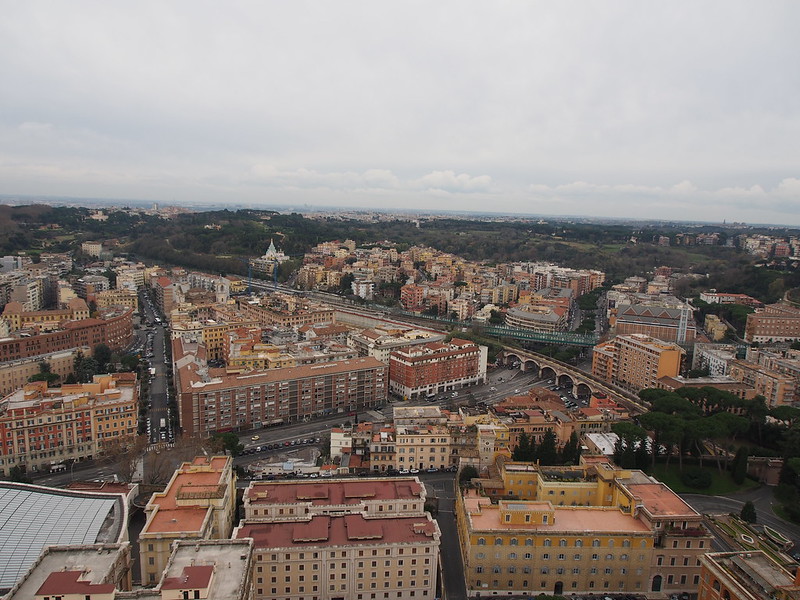 Ahhh the reward at the top 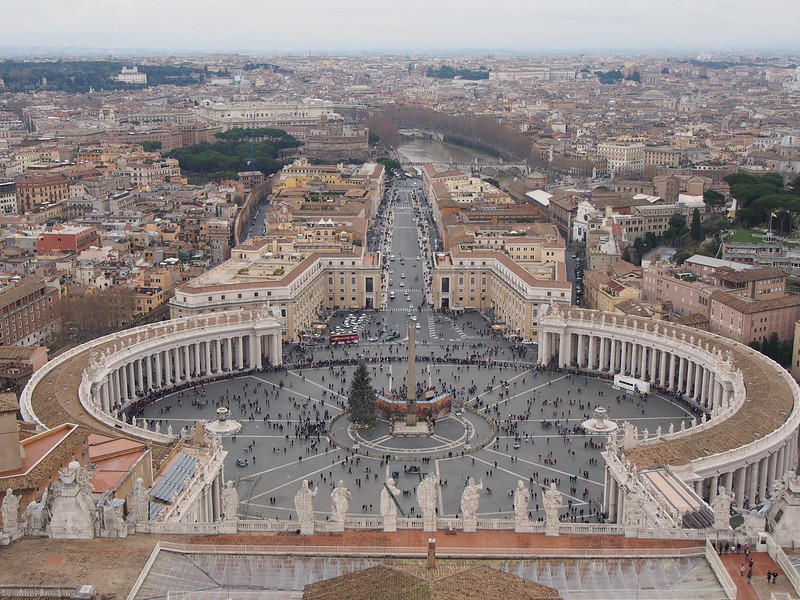 The iconic view of Vatican City

After climbing that crazy amount of steps, we finally left Vatican City. 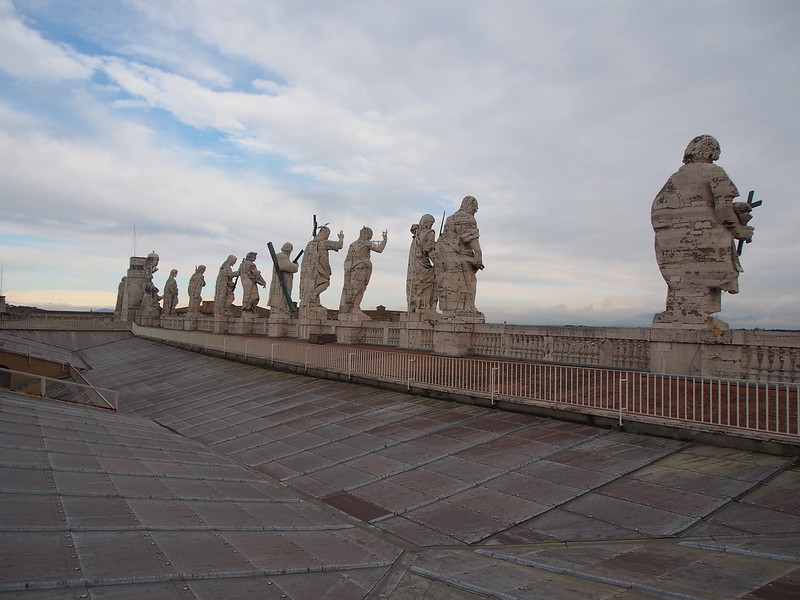 The statues of the Apostles looking on

And off we went for a final whirlwind tour around Rome, to take in as many sights as possible before the day’s end. 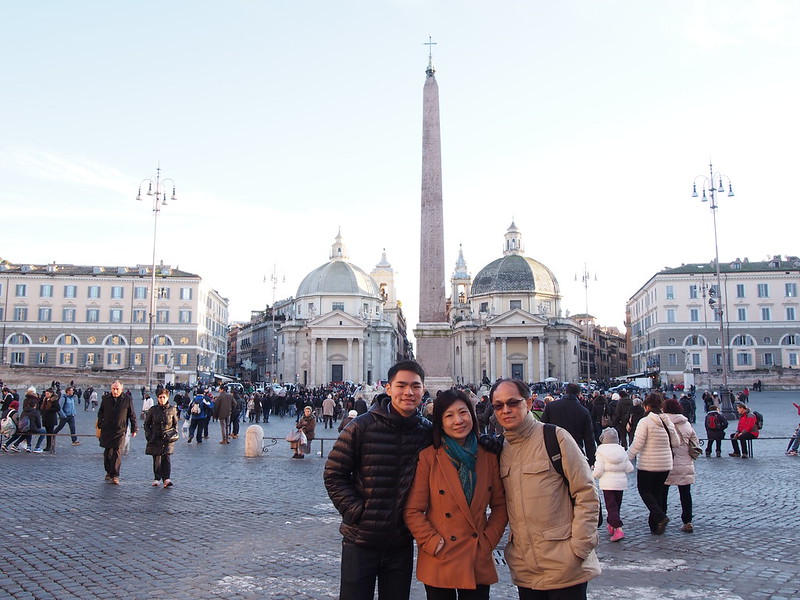 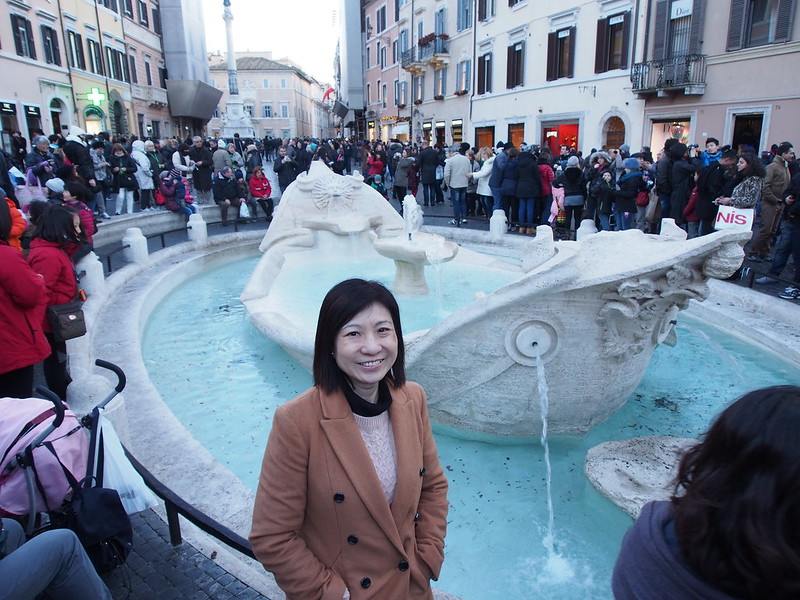 Checking out Piazza di Spagna. You’ve no idea how hard it was to get this shot without any photobombers! 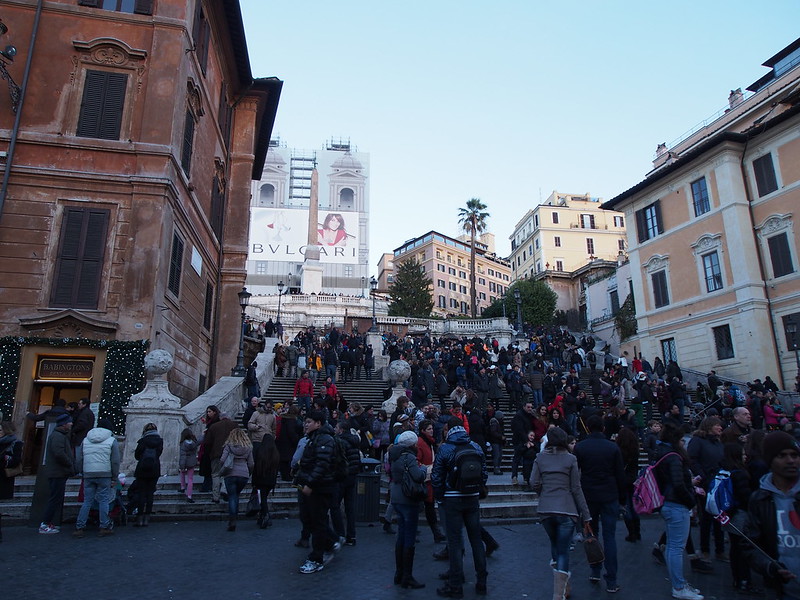 Spanish Steps. Sigh I had romantic notions of this place since watching Roman Holiday but all notions were wiped out as soon as we experienced the crowd haha.

And that was our Rome experience in a nutshell: crazily unnerving, crazily tiring, crazily packed… just crazy. Haha. 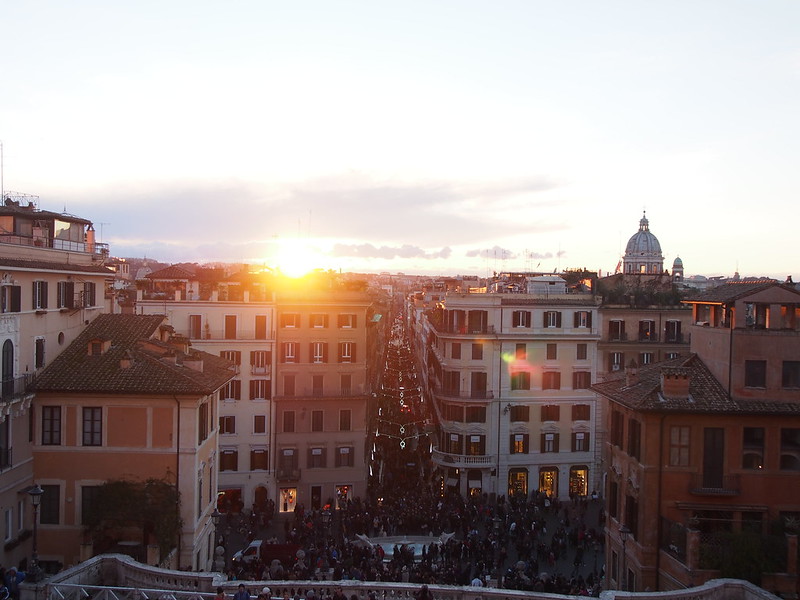 Finally having a little breather at the top of the Steps, above the crowds, as we watched the sun set on Rome 1 last time…

So that’s how it was, roaming those crazy streets of Rome, taking in all those ancient sights (sites? haha) and making it out in one piece. Ah Rome, you definitely gave us a trip to remember by!